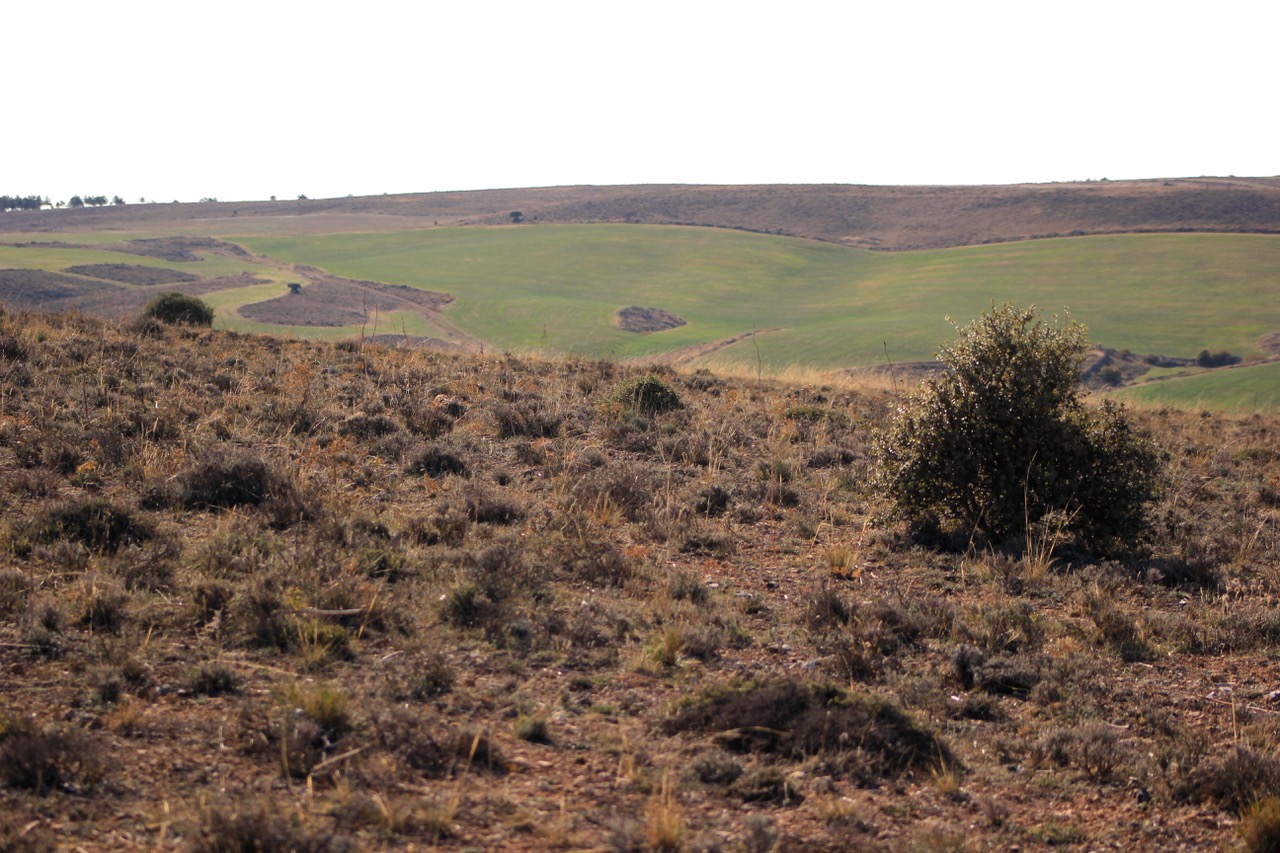 Over recent decades, due to agrarian intensification, the use of machinery and pesticides in agricultural areas has sensibly increased. Recent scientific studies highlight that intensification reduces plant abundance and diversity, and also arthropod species that steppe birds feed on. For this reason, during 2016 and 2017 we carried out species censuses around crops in “Tierra de Medinaceli” region (Soria), which coupled to vegetation and arthropod samplings, allow us to evaluate the effect of crops and their associated practices on food availability and Dupont´s lark intensity of space use.

The first and most obvious results showed that Dupont´s lark avoids crops, as no individual was ever detected within them. This direct negative effect of crops allows venturing a dark scenario for Dupont´s lark, in the event of an increase in the area cultivated in those paramos where the species lives.

In addition, when we analyse food availability, we could notice that crops affection is not limited to the cultivated plot, but also expands to 10-50 m distance from crops. This means that species and habitat management and conservation measures must consider an affection buffer of, at least, those mentioned 10 m and advisably of 50 m around crops, from which negative effects of crop presence on food availability significantly decrease.

Specifically, biomass of hypogeous (subterranean) arthropods was maximum 50 meters away from crops, where the highest probability of species presence was also recorded. The apparent specialization of Dupont´s lark in underground invertebrates use, shown by the recurrent observation of this behaviour, points at this resource as critical for the species maintenance throughout the year and may help to explain that Dupont´s lark avoids areas near crops, where subterranean arthropods availability is lower.

To sum up, food availability, specifically hypogeous arthropods should be a critical factor explaining Dupont´s lark presence. Our results indicate the negative effect of crops on this threatened species, either through direct rejection or mediated by trophic resources deterioration.