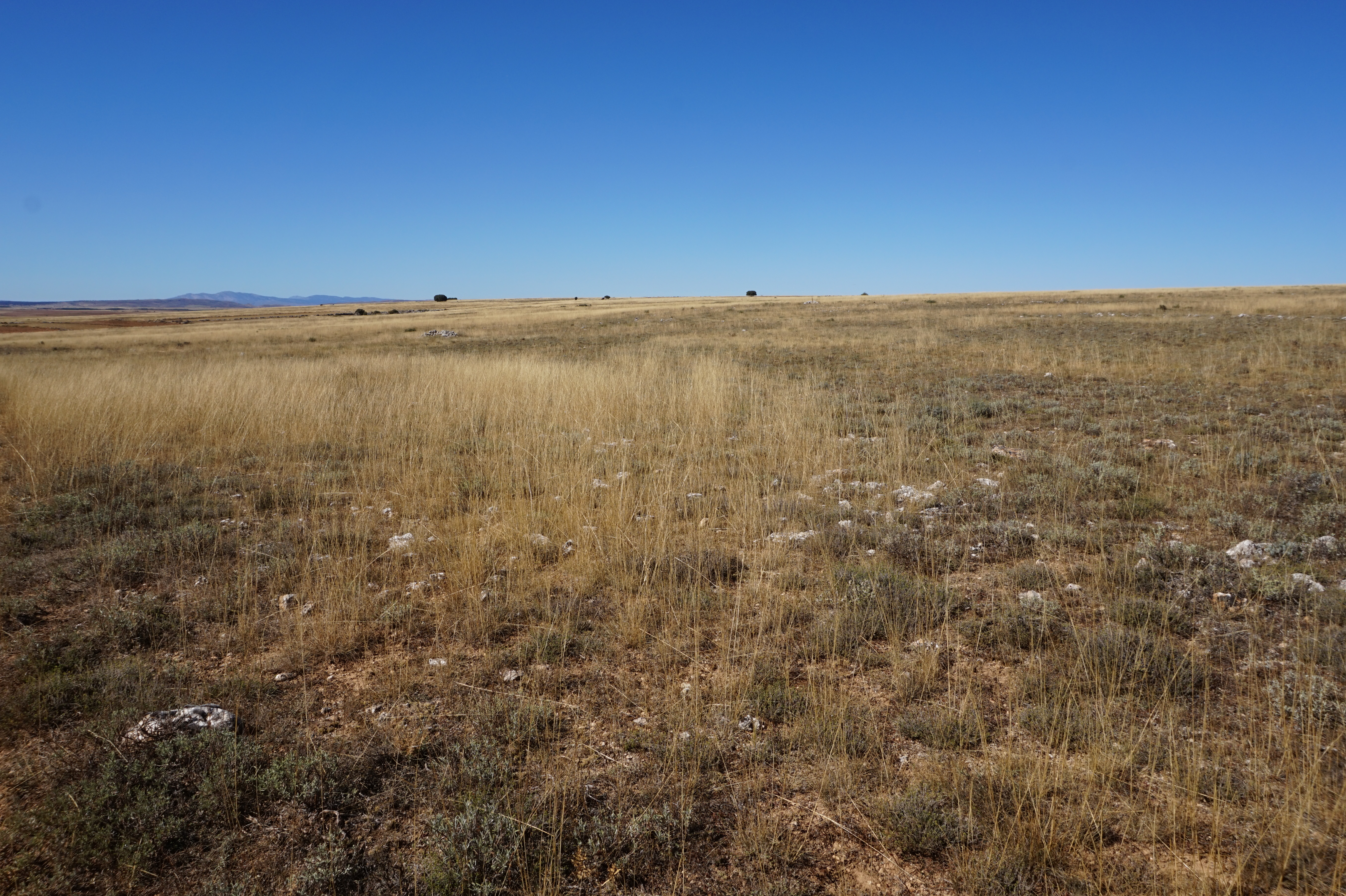 The LIFE-Ricotí team from the Terrestrial Ecology Group of the Autonomous University of Madrid (TEG-UAM; www.teguam.es), together with the Doñana Biological Station (www.ebd.csic.es), the Multidisciplinary Institute for Environmental Studies “Ramón Margalef”, from the University of Alicante (https://imem.ua.es/) and the Forest Sciences Center of Catalonia (www.ctfc.cat), have assessed Dupont’s lark population trends in Spain. The results are not encouraging, highlighting the worrying conservation status of the Dupont’s lark at national level.

Population trends were assessed using censuses performed during the period 2004 - 2015. In addition, the studied populations were distributed throughout the Autonomous Communities where the species is present, that is, Andalusia, Aragon, Castile-La Mancha, Castile-Leon, Catalonia, Community of Valencia, Navarre and Region of Murcia. The analysis of population trends was carried out at national level (for all the 92 populations) and at regional level (for each Autonomous Community).

In accordance with our results, the species should remain in the category of ‘Vulnerable’ in the Spanish Catalogue of Threatened Species (SCTS). On the other hand, the Regional Catalogues of Threatened Species (RCTS) should be updated in accordance with current population trends. Dupont’s lark populations of Andalusia and Castile-Leon will experience a decline of 68.5% and 58.4% in the next 10 years, respectively. This fact implies that the species must be catalogued as 'Endangered' in the RCTS of both Autonomous Communities. However, the species is listed as 'Vulnerable' in Andalusia while Castile-Leon has not established its own Catalogue of Endangered Species. In the rest of the Autonomous Communities, the species should be listed, at least, as 'Vulnerable', which is the degree of protection at national level (in the SCTS). In Castile-La Mancha, the Community of Valencia and the Region of Murcia the species is properly catalogued. However, in Navarre and Aragon the species is listed as a lower category called 'Sensitive to Habitat Alteration', while Catalonia has not established its RCTS.

The results of this work highlight the regressive trends undergone by the Dupont’s lark that, if not reversed, could lead to the extinction of the species in the coming decades. Under this scenario, the elaboration of the National Strategy of Conservation must be a priority. Additionally, the Autonomous Communities have the competence to elaborate Conservation Plans for those species classified as 'Vulnerable' at the national level. To date, only Andalusia has drawn up a Plan for the Conservation of Steppe Birds, among which the Dupont’s lark is included.

Figure 1: Population trends for 92 Dupont’s lark populations from 2004 to 2015. Significant change-points on population trends are marked with asterisk (*) and the 95% confidence intervals are depicted with striped grey lines.

The complete work is available at: https://peerj.com/articles/5627/