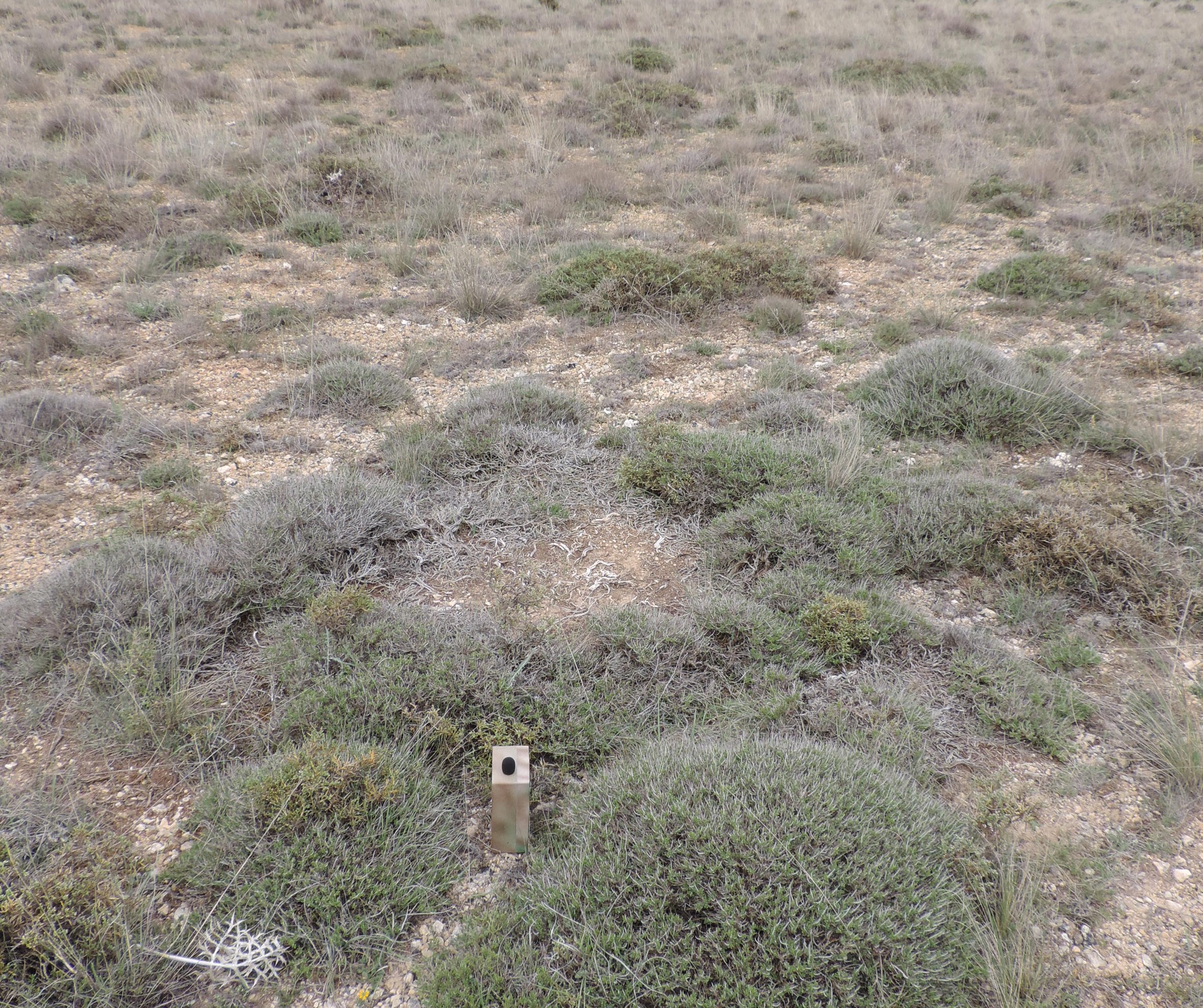 The LIFE-Ricoti team, in collaboration with the Forest Science and Technology Centre of Catalonia and with the support of the Barcelona Zoo has described a protocol for monitoring Dupont’s lark (Chersophilus duponti) populations by using autonomous sound recording units (ARUs). This technique has shown to be especially useful for monitoring vocally active species, from amphibians to big mammals, especially when they are coupled with automated signal recognition software, since it reduces time needed for recording analyses.

Autonomous recording units have proven to be

To define the protocol we first mathematically estimated the minimum number of recorders needed to detect the species in virtual habitat patches of variable density of singing males (from 0.1 to 4 males/10ha). Field recordings were also made by placing six ARUs in Dupont’s lark populations of known population size, such as Alcubilla de las Peñas (low density, Soria), tomillar de Alfés (intermediate density, Lleida) and Barcones (high densidad, Soria). Recordings were made during four consecutive days from 60 minutes before up to 30 minutes after sunrise. In summary, our protocol defines that just one continuous recording from 60 minutes previous to sunrise during two consecutive days is time enough for reliably detecting the species’ presence in all monitored populations, regardless of population density. However, number of ARUs needed to detect the species differed among surveyed populations: One or two ARUs reliably detect the species in both high and medium density population, but up to four units are required in low density populations. A similar pattern was found in the simulations.

Sonogram of a typical Dupont’s Lark song. Rectangle shows the final song of the species, which was

used for building the recognizer, due to its particularity.

ARUs has shown to be a useful tool for monitoring Dupont’s lark and we hope to have new good news in following months about this technique.